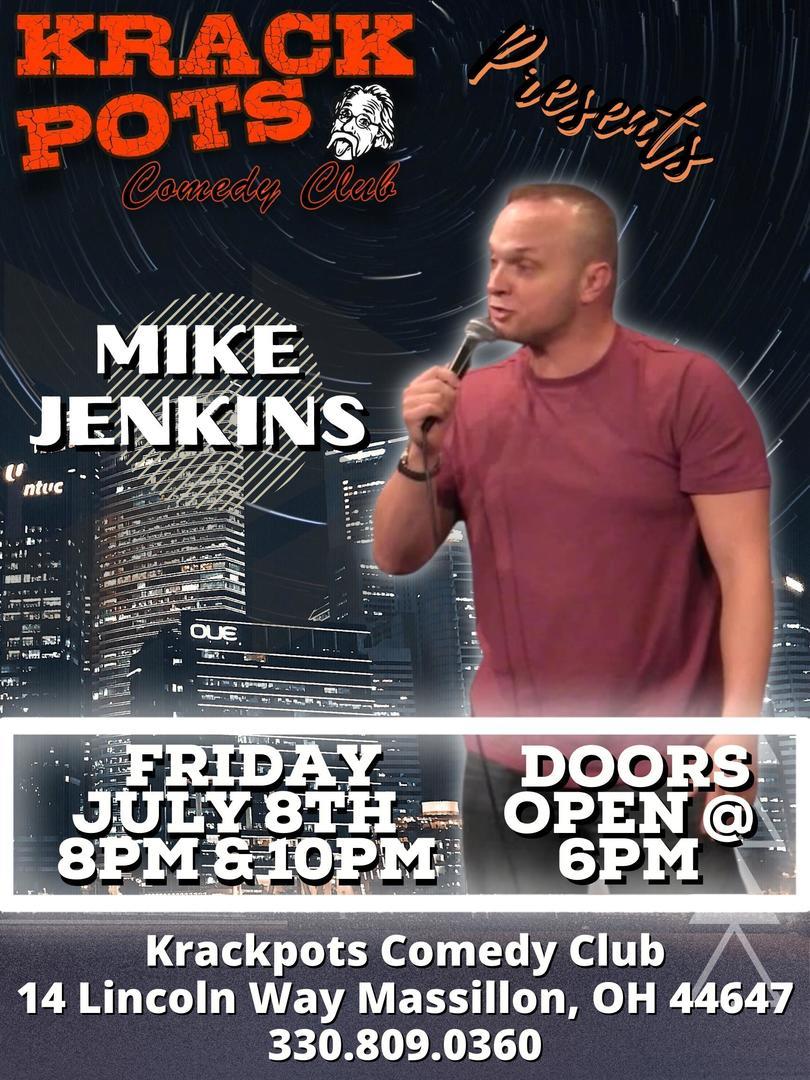 Former professional WWE Wrestler, who's performed at the World Famous Metropolitan Opera in New York City and appeared in the numerous operas

We strongly encourage you purchase your tickets in advance because this is certain to be a sell out performance and tickets available on a first serve basis. Tickets are general admission with a limited number of General Admission and VIP/FRONT ROW SEATING.

HEADLINER: Mike Jenkins, The "Mad Dawg of Comedy" brings a unique combination of madness, high energy and fun loving absurdity wherever he takes the stage.

Mike Jenkins has rocked the house at the World Famous Caroline's on Broadway in Times Square NYC. The former wrestler reinvented himself and found he was able to ignite the audience with jokes instead of body slams. The world of Comedy is quickly finding out Mad Dawg Mike Jenkins's Bark was LOUDER than his Bite.

Mike has performed with many greats including Reverend Bob Levy, Jim Florentine and WWE Superstar Mick Foley. Mike performs several times a year in Las Vegas and is scheduled to perform at the Guinness World Records longest live event this summer.

Beyond Comedy, Mike has appeared on many national television (TV) shows including Quantico (ABC), The Hunt with John Walsh (CNN) and Pandora's Box (ID). Mike can also be seen in a recurring role as "Detective Bill Britt" in the TV show Homicide City (ID).

21 and over, 18 years of age with parent or legal guardian.