The 9 Best BBQ Joints in Ohio! 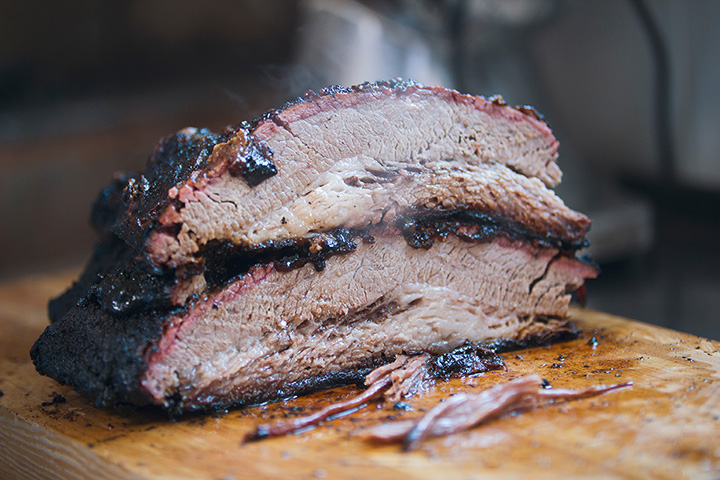 There's no more satisfying meal for lunch or dinner then some freshly-smoked barbecue deliciousness. Whether you're looking for a beef brisket or savory ribs, Ohio has some of the best barbecue joints in the United States. Here are the 9 best!

Pickles and Bones serves all their meats slow-cooked with sides, sauces, and sweets all made from scratch. The restaurant was started by a husband and wife team who liked to cook up barbecue in their spare time before their part time hobby became a full-time passion, and they started the Pickles and Bones!

KD's Kettering BBQ prides themselves on having a welcoming family-friendly atmosphere, perfectly broasted chicken every time, flavor-filled cabbage rolls, homemade pies, and all the classic barbecue favorites you've been looking for. With all the genuine American-fare comfort foods that make a barbecue place great, you can't go wrong at KD's!

Dickey's Barbecue Pit began in 1941 when World War I veteran, Travis Dickey opened his very first barbecue pit in Dallas, Texas. He was a Texas native with a deep, ingrained love of slow-smoked barbecue, and for a long time, it was just a small operation of him and his family. Thankfully, though, the business was so successful that they've expanded to numerous locations to share their secret recipe with the world!

Smokin' Bros BBQ is consistently recognized as one of the best barbecue spots in Ohio. All their meats are cooked slow and served fast, the traditional barbecue way. It began with the Coy family who've been grilling and smoking meat for years before they decided to open up their very own restaurant to share the family recipes.

Bobby and Maria Burdette opened the small and cozy eatery known as the Boondocks BBQ and Grill. Their goal was to offer up the same quality barbecue eats you would get in the big city, in the small-town environment of McConnelsville. Word got around about the award-winning BBQ, Italian, Cajun, Tex-Mex, and Americano food to create what they are today.

Eli's BBQ is one of Cincinnati's best barbecue places, serving up slow-cooked barbecue offerings to the tune of live music once a month, but an old-fashioned record player providing the soundtrack the rest of the time. All their food is slow-cooked and made with traditional Americana offerings like cornbread, beans, coleslaw, and all the fixings.

Fatback's Barbecue has been hard at work perfecting the art of low-temperature slow-cooked barbecue meat for over a quarter of a century. They started off as a catering service, but their food was so delicious and loved by customers that they opened up their first brick and mortar in 2013, and since then they've become a staple in Dayton.

City Barbecue in Washington Township is the best place to go for fresh savory barbecue-sauce covered ribs. So, if you pass by a city barbecue, stop the car and check it out immediately. With a side of coleslaw or fresh-cut homemade fries, City Barbecue has an array of signature sauces sure to surprise you with something you've never had before.

Company 7 Barbecue has won dozens of national awards for their barbecue sauces and slow-cooked meats. They have the No. 1 best sauces for Pork and Beef from the National BBQ News, and they won first place in the Awards of Excellence from the National Barbecue Association. They're the best barbecue place in Dayton.