The 9 Best Bookstores in Ohio! 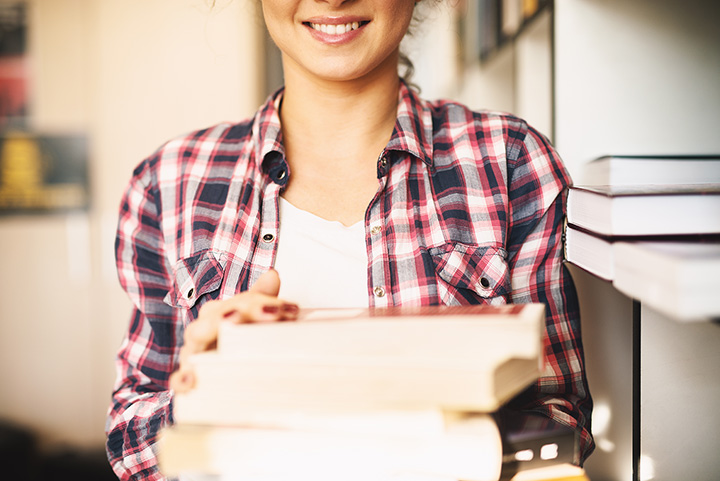 Is there anything better than getting transported to another world through a good book? In our modern age, it’s easy to lose the charm of flipping through the pages of a book. With Ohio’s many independent bookstores, we get to return to the classic way of reading. Some of these stores actually offer hundreds of thousands of books, others offer rare, first-edition versions of your favorite classics. Go out to find your next favorite book and support your local bookstore. Here are our 9 favorites.

Loganberry Books carries new, used, and rare books in every genre for readers and collectors alike. They opened their doors in 1994 in a very small store with around 30,000 books. Since then, they moved their store to down the street and tripled their space, now offering over 100,000 books, many leather-bound and first editions. Beyond the books, they feature regular Thursday night music, spoken word showcases, and classic movie screenings!

The Book Loft of German Village is one of the largest independent bookstores in the nation with 32 rooms of bargain books located inside three pre-Civil War era buildings that were once home to a general store, a saloon, and a nickelodeon cinema. They feature local and nation authors at least twice a week and sometimes more often, so if you don't have a book you want to pick up, at least check their website to see if your favorite author will be visiting soon!

Half Price Books started out in 1972 as a used-book shop in an old laundromat in Dallas, Texas, run by a corporate dropout and a friend. Today, they have more than 120 bookstores across the country with customers and sellers across the globe. They've made a firm commitment against censorship from the very beginning, and they're proud to carry every book someone is willing to sell them whether it's been banned in six countries or it's an American Classic.

Ohio Book Store in Cincinnati is one of the oldest remaining bookstores in the state. It was opened in 1940 in a four-story building, and moved to a five-floor historic building where it remains to this day. The interior is a gothic revival style with a restored terra cotta exterior. They have an inventory of more than 300,000 books and magazines across every subject and genre you could think of, and they even have a repair service on site for your old and damaged books that you can't bring yourself to throw away!

The Learned Owl Book Shop features three floors of books for all ages and interests, and if they don't have something in stock they're willing to find it and order it for you, even if it's been out of print for years. When the store opened in 1968, it was only a single room, but through the decades, they've expanded both in space and inventory to what now encompasses over 2,300 square-feet. They feature local and national author showcases weekly, and are dedicated to a great experience for fellow book lovers.

Duttenhofer's Books prides themselves on only buying and selling quality used books and fine old books. They feature a wide selection of rare and first edition books in every genre, so there's something here for experienced collectors and casual readers alike. They have a strong commitment to protecting old books in a world where readers are harder and harder to find, and they buy and sell from bibliophiles all over the world, with some books dating back to the early 1500s.

For over 25 years, Joseph-Beth has been an integral part of their local community, as a place for people to gather, explore, and share their interests, as well as donating over $175,000 to local charities. They've hosted more bestselling authors, celebrities, public figures, and politicians than any other local organization. But it's not just author signings, they also host holiday festivities, book fairs, and even wine tastings!

Gramercy Books is a locally-owned and independently-minded neighborhood bookstore. Since they started out, they've had a firm commitment to inspiration, discovery, community, and connecting writers and reader with books they love. They host ongoing visits by authors, poets, and songwriters. They founder and owner, Linda Kass, is an award-winning novelist and an editor for the literary magazine Narrative.

Mac's Backs opened in 1978 where it became a popular book exchange and soon needed to expand to a second location in 1982. The current location for Mac's Backs has three floors and a massive science fiction section located on a balcony. They have a large selection of author-signed books, feature regular author book launch events, book club meetings, and writers' workshops for the local community.