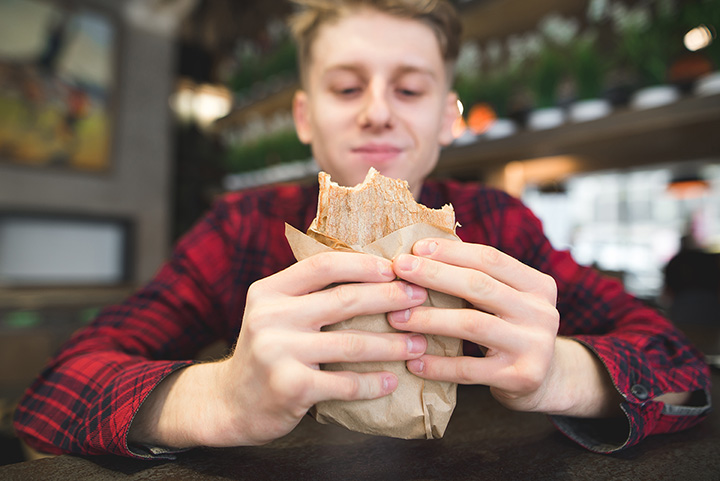 Ohio has some of the best delicatessens in the country. That's a bold claim to make, but once you've visited them, you'll be a believer too! Whether it's a sandwich you want, some exotic cheeses, or a fine cut of meat, Ohio has what you're looking for. Here are the 10 best delis in the state.

Slyman's Restaurant is a local icon in Cleveland and a pillar of the community. With their famous massive Reuben sandwiches, Barbecue beef brisket, and roast beef sandwiches fresh off the grill, this deli is sure to satisfy whatever craving you have.

Katzinger's Delicatessen is well known all over the state for their massive-sized sandwiches that are priced like small sandwiches. All sandwiches are accompanied by a “help yourself” pickle barrel, but they offer side salads, fries, and soups on the side as well. Every item on the menu is made with care for every customer who comes in, and with the portion sizes, they won't let you walk away hungry.

Nate's Deli is a great place to go if you're looking for more than just a typical sandwich. They serve up authentic Mediterranean cuisine in Lebanese and Syrian style. You can get homemade soups and salads, regular deli sandwiches, or a Mediterranean feast. Nate's is family-owned and operated, and to wash down your meal, serves beer, wine, and almaza!

Deli Ohio keeps their name simple, because they're a simple place with simple food. They serve only high quality, natural foods sourced directly from Ohio, partnered with local farms and good suppliers. Their focus is on great food with fresh ingredients to create a strong community in Canton, Ohio. Independent, family-owned, and proud of it!

Kravitz Delicatessen was established in 1939 in the post-depression era mainly to sell kosher meats to families heading home from temple. Since then, they've evolved into a restaurant and bakery delicatessen run by the original founder's son Jack. They are the oldest deli in the area and offer a wide selection of Jewish, Mediterranean, and Vegetarian dishes.

Jack Markowitz and his two sons founded Jack's Deli in 1980. Jack brought traditional Czechoslovakian recipes and deli foods from the heart of Eastern Europe to his new establishment in Cleveland. Today, nearly all the dishes and menu items are prepared exactly as Jack envisioned them in 1980, so you still get that authentic Eastern European taste!

Barristers has been serving up homemade quality food since 1964. They offer massive portions of quality deli meats and cheeses on delicious sandwiches, half-pound burgers that are hand pressed daily, fresh-cut fries, and wide-variety of other handmade, homegrown authentic deli foods.

Primo's Deli opened their doors to the public over 35 years ago, and they've become a staple for locals, being named Akron's No. 1 Deli by the Akron Beacon Journal three times and “Best Sandwich Shop” on Fox 8 among numerous other awards. They have an extensive beer selection including 14 drafts on tap, and all their food is cooked to order.

Flyboy's takes pride in their Ohio heritage, being named after the creators of aviation, the Wright brothers. Founded by a retired Air Force colonel with a decade of deli experience, Flyboy's has sought from the very beginning to give customers a friendly welcoming experience, serving up delicious food from subs to sushi. They feature beer tastings once a month to the tune of live music.

Diamond Deli began over 40 years ago, and became famous for their humongous overstuffed sandwich. They feature a board with specialty sandwiches that are often named after family members of the current owners of the Diamond Deli. Each sandwich has a story behind it, and the owners will be happy to tell you the meaning behind each one if you ask!