The 9 Best Doughnuts Shops in Ohio! 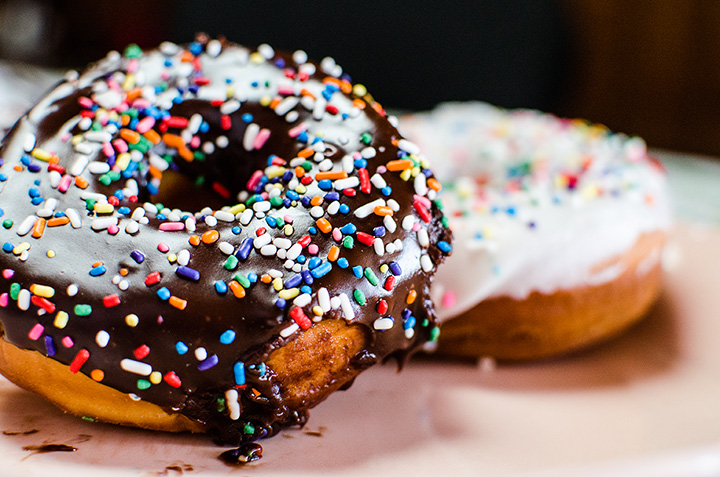 The day that someone learned they could deep-fry a ring of dough and glaze it with sugar, the world changed. Ohio carries on the tradition started that day with some of the best doughnuts shops in the world. Here are the 9 best in the state!

Stan the Donut Man is a small shop, but for over 50 years, they've been a staple in Dayton for doughnut lovers. They serve up authentic homemade-style doughnuts with classic and unique options like the Reese's Delight, the maple-bacon doughnut and more! They've been family owned since they opened over half a century ago, and they won't be disappearing any time soon.

Bill's Donut Shop is famous to people in the Centerville-Dayton area, and has been since Bill and Faye Elam founded it in 1960. The shop has moved around Dayton numerous times, but they remain a Dayton tradition that won't be going away. They've been in their current Centerville location since 1979, and are now open 24 hours a day, seven days a week!

Holtman's Donuts was opened in Loveland, Ohio in 1960 by Charles Holtman, and it's been family-owned ever since. They serve up doughnuts made the old-fashioned way, from scratch, and using only the highest quality ingredients. Their doughnut recipes don't come from a book or a card, but have been passed down by word of mouth within the family since the shop opened.

Jack Frost Donuts in Cleveland has been family-owned and operated since 1937. They bake all their doughnuts from scratch daily using traditional methods, and are consistently recognized as the top doughnut shop in Cleveland. They have over 200 different varieties of doughnuts, and they're constantly introducing new types and flavors in their quest for the perfect doughnut!

Duck Donuts is a simple place to eat. Their doughnuts are made to order, and made to eat. When the DiGilio family started up the shop over a decade ago, they never thought it would become the community hotspot that it is today. But people quickly grew to love the homemade style doughnuts made from scratch with quality ingredients, and everyone knows it's Westerville's best doughnut shop!

Peace, Love, and Little Donuts of Westpark is the grooviest doughnut shop you'll ever enter, because doughnut people are groovy people. Their homemade hippie doughnuts have psychedelic sugary toppings and far out frostings that will make your day. So revisit the flower child days and stop in for a funkadelic doughnut!

Amy's Donuts is available for school field trips or just to stop in and grab one of the most delicious doughnuts around. They have doughnut varieties ranging from the candy-covered to the bacon-covered to simple sugar-glazed. Try their Andes Mint doughnut or the gummy worm and brownie crumble covered doughnut and feel just like a kid again!