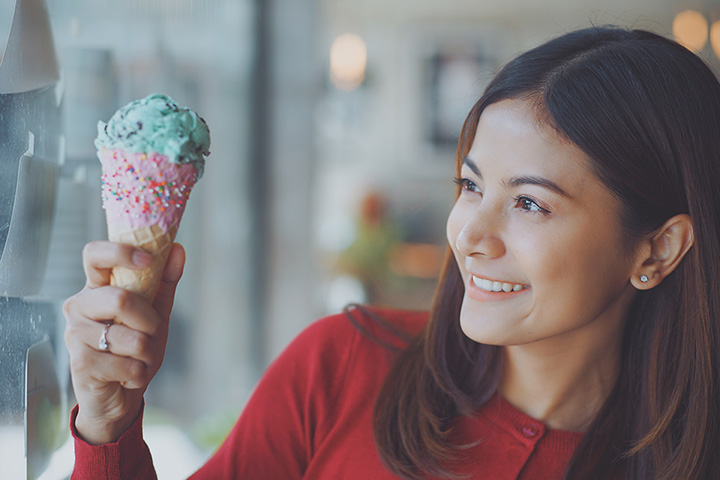 In Ohio, you can get a taste of some of the best homemade and hand-churned ice cream in the country. With locally-raised dairy options and others boasting flavors like pecan-blended creamy delights, and even some vegan treats, you’ll find everything you’re looking for at Ohio’s best ice cream parlors!

Handel's Homemade Ice Cream started out with Alice Handel serving ice cream out of the window of her husband's Youngstown, Ohio, gas station in 1945. She used fresh fruit picked from her own back yard and old family recipes. The ice cream was so good that the tiny gas station ice cream operation expanded to seven different states, but Ohio is where it all started. The ice cream is still homemade and still delicious.

Sometime in the late 1800s, Thomas Aglamesis left his home at 16 to seek his fortune and opportunity. With his brother Nicholas, they learned the tricks of the ice cream trade and saved up enough money to open up their own ice cream business. Aglamesis Brothers is still family-owned by third-generation Aglamesis family, and they still use the same recipes and techniques that made the ice cream so great in the 1800s.

Young's Jersey Dairy began in a big red barn on a 60-acre farm. They sold farm-fresh milk directly to the public for years, then in 1960, they added ice cream to the menu. That's where things really took off. They've expanded over the years to include putt-putt golf, a corn maze, a full-service restaurant, and more, but the incredible ice cream is what keeps people coming back again and again.

Mitchell's Ice Cream is homemade in every sense of the word. It starts off with farm-fresh dairy, grass-fed and locally raised only an hour from Mitchell's, and all their other ingredients come from local family partner from the nuts to the flavorings, and you can tell in every bite of their ice cream. They make their ice creams in small batches to ensure quality. And their passion for good ice cream keeps customers coming back.

Graeter's has become a nationally-famous brand of ice cream makers, but they're still family-owned and operated by fourth generation Graeters. They embrace new ice cream technology to keep their ice cream as delicious as possible, but they still use the same handcrafted “French Pot” process they've used since 1870.

Jeni Britton Bauer started off her career blending perfumes and collecting essential oils. When she realized she could blend flavored oils instead of the industry-standard synthetic flavorings to flavor ice cream, her career took a 180 toward creating inspired artisan ice cream flavors. She's the mind behind salted caramel ice cream, but you can get traditional flavors as well as more out there ones like Queen City Cayenne and Middle West Whiskey.

The founders of Mason's Creamery moved to Cleveland from Los Angeles in 2013 because of its thriving food scene and the nurturing environment for small businesses. With a dream for a homemade ice cream shop, Helen Qin and Jesse Mason opened up a shop that makes small batches of handmade ice cream using the best ingredients available. They have unique seasonal flavors like sweet potato pie and Cleveland Whiskey Christmas Eggnog, and vegan options like roasted banana and vanilla lavender.

Honey Hut Ice Cream started out in 1973 when their initial menu only consisted of vanilla and chocolate. From there, they started creating experimental batches of ice cream and taking them to the fire station where he was a city fire fighter to have his friends taste test them. One of those flavors won over everyone at the station and became Honey Hut's signature flavor from then on: Honey Pecan.

Taggarts Ice Cream Parlor thrives on flavor and nostalgia. The interior is designed with original marble countertops, high backed maple booths and antique soda fountains. Their ice cream is made from scratch, whether scooped, dipped, mixed, or poured. Their signature ice cream is the Bittner, a secret blend of vanilla, chocolate sauce, and Georgia pecans, mixed to the consistency of a super thick milkshake. It's like nothing you've ever tasted before.