The 10 Best Bars to Celebrate the New Year in Ohio! 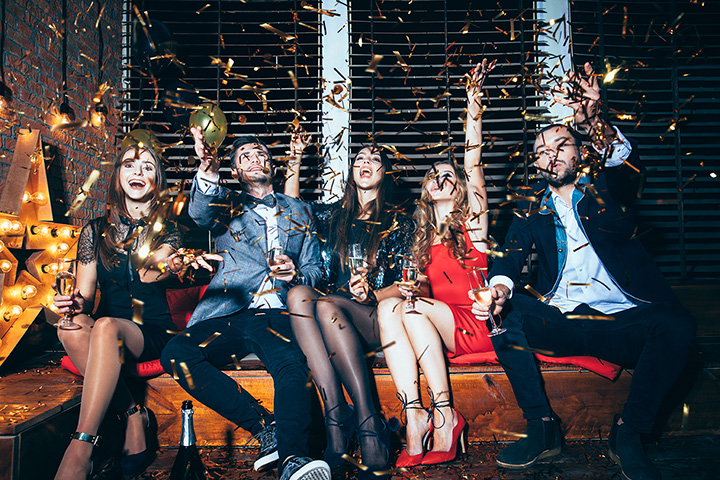 Do you have your New Year’s Eve plans yet? If not, we’re here to help. There are plenty of bars—from the lavish to the laid back—where you and your friends can raise a glass to the new year and dance the night away in style. Here are the 10 best bars to celebrate the New Year in Ohio!

Dance the night away at Liquid’s New Year’s Eve bash in Cleveland. Doors open at 7 p.m. and special drink packages are available early on. There will also be DJs and lots of fun before and after midnight.

It's only Tuesday and I'm already excited for the weekend! I'm back at @liquidcleveland with @mimoedm! If you're coming out send me a message, I love meeting new people

For drinks, food, and a live DJ, head to the MadTree Taproom in Cincinnati. This large, bustling taproom is the perfect place to ring in the new year with close friends.

Have you been outside recently? It's a beautiful day to have a drink at the @madtreetaproom! Can't wait to see you tonight, #Cincinnati.

Head to Fleetwood’s Tap Room for the ultimate New Year’s Eve Dance Party. Sip on craft beer and dance the night away to tunes from local DJs—or head upstairs for live music all night long.

The Wild Eagle Salon will be hosting its New Year’s Eve Bash celebration featuring a beer toast at midnight as well as draft beer cards. There is also a special NYE package that includes an overnight stay at the nearby Comfort Inn.

For an exciting but laid back night out, head to the Park Street Cantina for their annual New Year’s Eve Bash. With top-notch DJs and bartenders, and plenty of tequila, you and your friends will have a blast ringing in the new year.

Make your plans to ring in the New Year at Howl at the Moon Splitsville. NYE packages include drink tickets, a gourmet dinner buffet, and a complimentary champagne toast.

Start your new year off right at the East End Restaurant & Bar in Cleveland. Doors open at 3 p.m. and New Year’s packages include a finger foods buffet, an open bar, wine, and a champagne toast at midnight.

Happy Sunday! Join us for #SundayFunday from 3-8pm $100 Moët all day - Soundtrack by @djflacoflash & @coreygrand

This New Year’s Eve, the Hollywood Casino in Toledo will be hosting a New Year’s Eve boogie featuring the band Disco Inferno. Doors open at 9 p.m. but get there early for other fun happenings.

Another day, another chance to win your way to Las Vegas! Join us every Friday & Saturday from 2PM-9PM for your chance to win our Lights Camera Vegas Hot Seat!

The Big Bang Columbus is the place to be this New Year's Eve. Party all night long with singing, laughing, and dancing. Special NYE packages include private cocktail, food, and drink specials.

Ring in the New Year with a tropical escape and the Boat Drinks Band at Margaritaville in Cleveland. Bar drinks and food will be available as well as party favors and a champagne toast at midnight.

Ready for the weekend!