Best Pizza in Ohio: Our 9 Favorites! 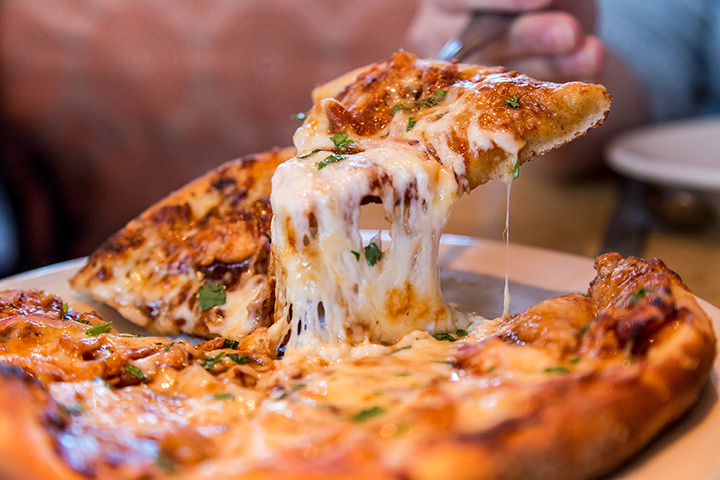 When the moon hits your eye like a big pizza pie, that's Ohio! From mom and pop pizza shops to national specialty pizza franchises, Ohio has the best of the best. Here are the 9 best pizza restaurants in Ohio!

Dewey's Pizza started out as a small operation, but at the time of this writing they've expanded to five states and they're just continuing to grow. They make and toss their pizza dough behind as the base for truly unique and mouth-watering pizzas. And if nothing from their expansive specialty menu strikes your fancy, you can always design your own pie. To top it off, Dewey's knows that nothing pairs with pizza like a nice cold beer, which is why they keep a huge lineup of local and national craft brews on tap at all times.

Marion's Piazza started right in the heart of Dayton in 1965, and it was the first pizza establishment in Dayton to offer inside dining with over 200 seats. The founder, Marion Glass, invested his entire life savings into building that restaurant and it continued to expand to nine locations in the Dayton area. To date, they've been voted “Dayton's Best Pizza” in over 37 local newspapers and magazine surveys, and Pizza Today Magazine named them “Second in the Nation of Independent Pizza Establishments.”

Tony Spaziani, the founder of Giovanni's Pizza, came from a family of restaurateurs, dating back to the early 1900s. His grandfather, father, and two sisters each opened different Italian restaurants over the years, and Tony's goal in life was no different. He opened Giovanni's in Fairborn in 1953, and in 1994 added a party/banquet room, doubled the dining space and expanded the menu to include dozens of his own family recipes including traditional Italian bread from his grandfather's secret recipe.

Pieology boasts more than 78 billion pizza possibilities with dozens of options for toppings, sauces, doughs, cheeses and more. It started out as a family dinner pizza night, but when they started to get more and more creative with the way they made their pizzas, they realized that this was something everyone deserved to enjoy, and that your customized personal pizza should only be limited by your own creativity.

Beer Barrel Pizza proudly proclaims that they've been a local favorite since 1965. They strive to provide a relaxing atmosphere where friends and family can gather and connect over great food, great drinks and great company. They offer a full menu of entrees, appetizers, drinks, and desserts, but everyone knows the beer barrel style pizza is where it's at.

Avalanche pizza set out with the mission of being the premier provider of excellent pizza products in the world, applying the highest culinary standards to every pizza they make while providing a friendly and welcoming family atmosphere. They've been called the “Best Pizza in the USA” on the Food Network, and they've won over a dozen separate awards from various contests and publications including Athens Ohio News Readers Choice for Best Pizza for nine years straight!

The Mellow Mushroom was born out of the free-wheeling hippy culture of the 1970s, and that's the same kind of environment they try to recreate for their customers. They provide delicious gourmet pizza in a fun and creative environment. The founders believed in one simple dream, that the world could be a place where happiness could be found in the simplest of things, like a slice of delicious pizza and an ice-cold beer.

The locals and out-of-towners agree that Milillo's Pizza has some of the best pizza in the business. They've been family owned since 1968, and since the very beginning, everything on their menu has been homemade and fresh every day. They don't have a dining room so only do carry-out orders, but anyone who's been lucky enough to have a slice knows that it's worth sitting in your car or driving it home to eat.

Mary's Pizza opened up shop in 1961 with the goal of serving Lisbon and the surrounding areas with traditional, high-quality, and delicious pizza. Originally begun by Mary Spadero, the shop is now run by her grandchildren who carry on the tradition of fresh, tasty ingredient for a spectacular pizza. Mary's original sauce is made with a blend of tomatoes, herbs, garlic, and ground sausage in a hearty sweet sauce, but you can order variations without the meat or with whole tomato or white cheese sauce as well as a huge selection of toppings!