The 6 Best Road Races in Ohio! 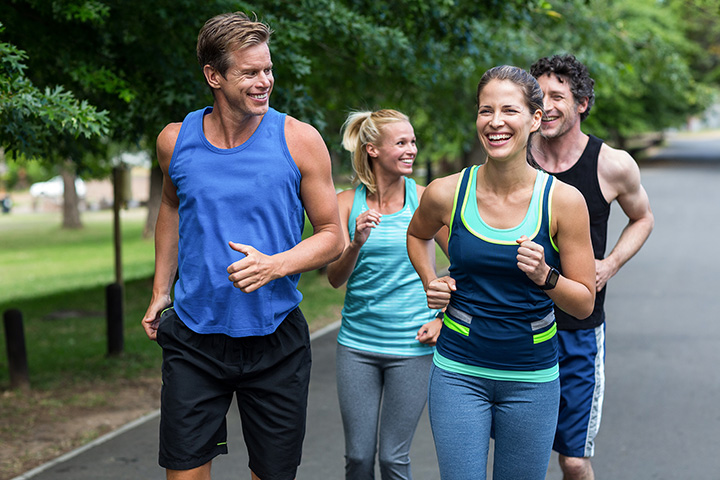 You might not have known that Ohio is home to some of the very best running races in America. From enormous events that bring together the community each year, to events that benefit charities, Ohio does it right when it comes to races. Here are the 6 best road races in Ohio that you should sign up for.

This running event, which features a full and half marathon, has raised a total of $6 million for the children’s hospital. Running in this event allows you to become a Children’s Champion as you help to fundraise for the hospital that works hard to help the lives of the children there.

Featuring a full marathon, a half marathon, a 10K and 5K, as well as a “Pick 2 Challenge Series,” there is a lot to choose from at this legendary Cleveland event. The race, which is held in May, is described as “relatively flat and fast with scenic views of downtown Cleveland and its major landmarks.”

This race is presented by the Free to Run Foundation and proceeds from the event go to fight human trafficking in the Dayton area and around the world. The price of admission is $25 for the 5k run/walk.

Described as “the largest weekend party in town,” the Flying Pig Marathon in Cincinnati is widely-regarded as one of the best in the country. Athletes of all abilities are welcome at this charity marathon that brings the community together annually. Due to pigs being such a significant source of income for farmers, Cincinnati became known as “Porkopolis,” thus the name of the marathon was born.

The Garage Sale 5K offers prizes for the top finishing male and female runners including t-shirts, hats, pint glasses and post-race food and water. The race is held on Jan. 21 and the price for entry is $12.

This marathon has partnered with Good Works, Inc. to help raise money and build temporary homes for those waiting for space at the Timothy House, a facility that provides shelter to those who cannot access it. This marathon, starting in 1968 and held in April, is Ohio’s longest consecutively run marathon in the state.

You Complete Me 5k

7:50 AM
The Lake of the Woods Campground, Farmersville, OH
Learn More
Feb
18

Run Your Heart Out 5k

8:00 AM
Sippo Lake Park-North, Canton, OH
Learn More
Show More
Select a Ohio town to find
the Best Things-To-Do and Places To Go around you