The 9 Best Skate Parks in Ohio! 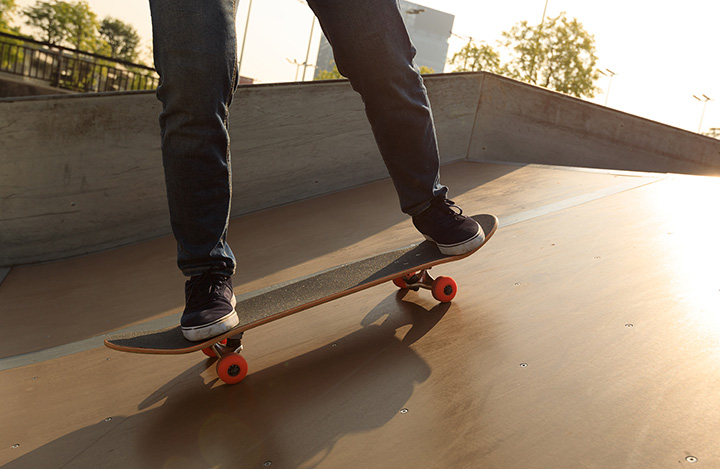 The skateboarding scene has been growing in Ohio for almost 20 years. Since 2001, the number of skate parks and shops in the state have more than doubled. Today, Ohio is home to some of the best skate parks and plazas in the country outside of California. Grab your skates or board and check out the 9 best skate parks in Ohio!

Professional skateboarder, Rob Dyrdek grew up in Kettering, Ohio, and came back to design, build, and help pay for this skate plaza for kids in the area. He cited that growing up, he never had a dedicated place to skate and he wanted to give back. The plaza is about 40,000 square-feet and intended for street skateboarding with urban terrain features such as benches, rails, and ledges.

Established in 2004, Tri-Star began by selling decks out of the back of an Astro van and was only around 500 square-feet. Today, they've expanded the shop and built a whole indoor skate park now encompassing almost 11,000 square-feet of ramps, rails, and stairs. They are continuing to grow and currently house a skateboard memorabilia museum, full kitchen, lounge area and art gallery.

Located by the legendary Rock & Roll Hall of Fame, the Crooked River Skate Park has over 22,000 square-feet of steel pre-fabricated ramps from the 2003 Gravity Games, concrete bowls, and stairs. They're open from dawn until dusk and recently received $25,000 from the Tony Hawk Foundation for continued development.

Powell Park is around 18,000 square-feet of concrete bowls and ledges. It's completely free to the public and features small four-foot bowls and half-pipes for beginners, or nine-foot deep concrete bowls for the experienced backyard pool skater. It also has a Euro gap and some very popular slant ledges for street skaters.

The Marion Skate Park is over 10,000 square-feet with ramps, six-stairs, a half-pipe, ledges and rails. The terrain is a varied mix of concrete, steel, and plastic fiber ramps. It is well maintained by the city of Marion and open during daylight hours.

Skatopia is an 88-acre skate park located in Rutland, Ohio, and owned and operated by professional skateboarder Brewce Martin. It features many on-site ramps including the Epcot Bean Bowl, Lula Bowl, the Hidden Pool, a mini-ramp and Mini-Bean bowl. It also houses the Museum of Skateboard History including over 2,200 pieces of skateboard heritage and history. They frequently feature live music and have welcomed over 1,000 bands on site.

Skate Naked is nearly 22,000 square-feet, featuring Columbus's only indoor street skate park. They're working to bring the best street spots into one place with three large rooms, encompassing a tech street park, a massive snake run, and a bowl room. They have a board shop on site and offer food concession with drinks and snacks. And despite the name, pants and shoes are required.

Chenga-World features dozens of ramps, rails, and bowls, even including a massive foam pit and resi ramps. They have a fully stocked skate shop on site and require helmets to be worn for safety and liability reasons. It's $10 for an all-day pass or $30 for a four month pass. The official rules state, “No mustaches allowed,” but they're pretty lenient on that rule as long as you wear a helmet.

The Hamilton-Fairfield is 8,000 square-feet and all cement. It features a massive eight-foot bowl, mini halfpipe, and BMX is allowed on Tuesdays and Thursdays. The city of Fairfield, city of Hamilton, and the Hamilton Community Foundation raised $202,894 to fund, design, and build this park in 2004, and it's become one of the most popular skate parks in the area in the years since. It's open 8am to 8pm weekdays, and 9am to 1pm Saturdays.

View more Ohio Skateparks.
Select a Ohio town to find
the Best Things-To-Do and Places To Go around you