The 9 Best Taco Spots in Ohio! 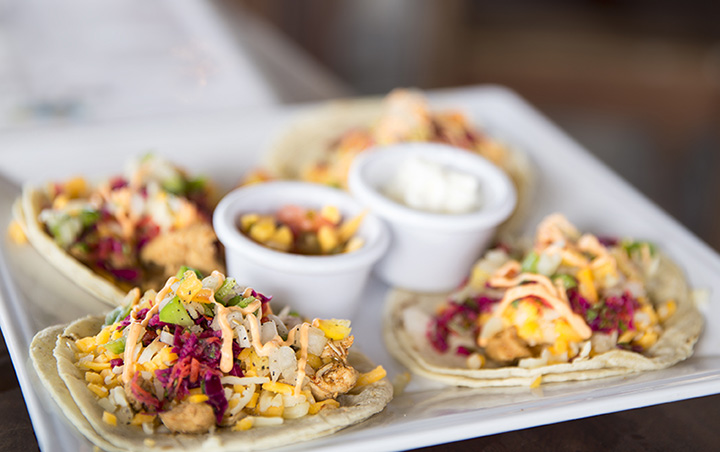 Not everyone knows that Ohio is home to some seriously authentic Mexican cuisine. In fact, Ohio has some spectacularly mouth-watering taco places that you can’t find anywhere else in the country. Here are the 9 best in the state!

Condado's Tacos opened at their Short North location in 2014, and just last year, expanded to a second location. They boast thousands of different taco combinations along with over 50 different types of tequila, and 25 varieties of craft beer on tap.

R Tacos was originally called Rusty Taco for its founder Rusty Fenton. When Rusty had a chance encounter with two street taco vendors in Acapulco, Mexico. That day would change his life and the lives of taco lovers in Dayton, leading him to open a freshly-made authentic taco shop in an old converted gas station. With warm chips, house-made salsa, craft beers, and no-frills margaritas, there's no more authentic experience to be found anywhere in Dayton.

Taco Tontos began in 1972 with a small food cart outside of a bar in Kent, Ohio. Since the very beginning, everything on the menu has been prepared fresh daily, and they've built a loyal customer base who appreciate the quality, tailor-made food. They get customers from New York to Chicago and all over the country who tell them that Taco Tontos is the first stop they make whenever they pass through town. And among Kent locals, it's a local hot spot that rival taco shops just can't compete with.

Casa Del Taco has been providing great tasting fast-casual Mexican food to the residents of Chillicothe since 1984. Providing tacos made from the highest quality meats and produce, while keeping the prices low, locals love Casa Del Taco so much that they were able to expand the business and open a second location across town. Both locations are family-owned and operated, and the loyal customers respect that.

When Mazunte founder Josh Wamsley had what he considered to be a terrible taco with stale tortilla shell, cold chicken, fake cheese, and bland tomatoes from a local taco place, the idea of creating a quality, authentic taco restaurant consumed his mind for months. He traveled to Mexico and learned as much about the food, the history and the culture as he could before coming back to America and opening his restaurant with the unrelenting standard of quality. Each menu item is inspired by something he actually found on his journeys, and customers can tell.

Los Guachos has received over a dozen awards and recognitions for their food including being named among the Food Network's “Top 5 Mexican Cuisine Restaurants,” Yahoo's “Best Taco Spots in America,” and Everyday with Rachael Ray Magazine's “Top 16 Best Tacos in the Country.” They serve authentic Mexican food as well as their own signature tacos that have become local legend.

Bakersfield Tacos takes pride in serving up simple, yet authentic Mexican street food in a warm and welcoming atmosphere to every customer. They also offer over 100 varieties of tequilas and American whiskeys. Yahoo named them one of the “Best Mexican Restaurants Across America,” and local Yelpers agree.

Founder Polly Laffoon opened the first Taco Casa 45 years ago after discovering a vibrant new cooking style when she lived in Texas. She brought back this new style to her original home in Cincinnati and it's been a local Cincy tradition ever since. Some customers even refer to the cuisine at Taco Casa as “CincyMex,” because they know, there's just nowhere else to get food like this.

El Tacoriendo Movil is one of Columbus's best food trucks and a top-notch purveyor of authentic Mexican cuisine. From tacos, to burritos, to fajitas and more, they use fresh ingredients prepared every day to create a Mexican cuisine experience that you can enjoy without even having to enter a restaurant.